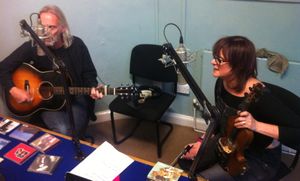 Last weekend was our fifth wedding anniversary and we marked it by heading up north for a couple of days of music, starting off on Friday afternoon chatting and singing on Lionheart Radio. We had a great time selecting tracks for Charles Ellis to play on his School's Out show and singing some songs live. We'll be putting up a recording of the show in a few weeks. 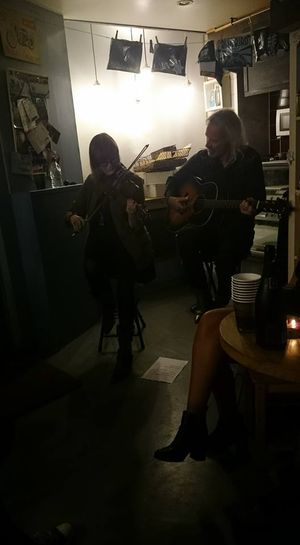 After the show we drove up to Edinburgh, what a great city. Spent a quiet day on Saturday wandering around the farmers market and drinking coffee before the short journey to the Bluebird Cafe where we met up with  Kylie Macgregor who hosts musical nights in her cosy cafe. A really lovely night and up there in our list of best gigs ever. Hopefully be returning next year.

This week's gigs & things (19-25 Sept)
FRIDAY - maybe checkout The Howl & The Hum at the Crescent York or Fargo Railroad at the Trades in Rotherham
SATURDAY - gong to the Driven Serious gig in Newcastle?
SUNDAY - playing York's Little Festival of Live Music