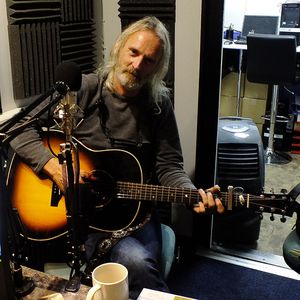 We started the week with a return visit to Vale Radio, this time for Tony Haynes' FAB Folk & Blues Show. Unfortunately Ann wasn't feeling so well so it was a solo effort by Stan. It was great to chat to Tony and play some favourite CDs plus sing some songs live. You can hear the recording of the show here

It was then a busy weekend, kicking off over Doncaster way playing a set at the Hatfield Chase Folk Festival on the Saturday. Sunday started with songs at Furley & Co in Hull before a sprint over to Larkin's Bar for their Ale & Music Festival.

We finished off the day back in York where we dropped in to sing a few songs at Vinnie's open mic at the Red Lion.

This week's gigs & things (29 August - 4 September)
TUESDAY - first visit to the Blues Bar, Harrogate to play some songs
Otherwise a quiet week aside from Ann's parents 60th wedding anniversary/party at the weekend